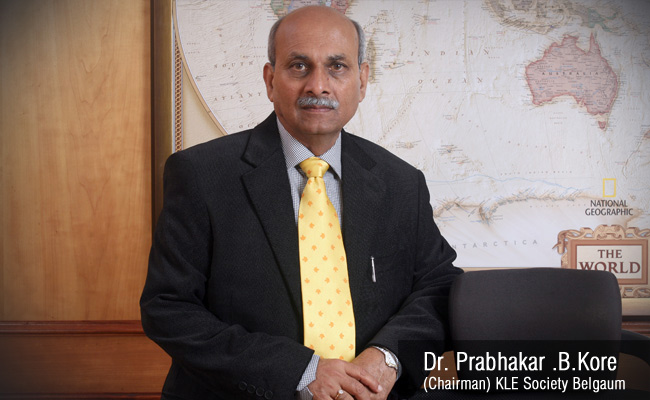 Born on 1 st August 1947, Dr Prabhakar B. Kore has completed Bachelors degree in commerce.Today, he holds many a posts and is equally ably serving all the positions.

To mention a few, he is an active member of the Bharatiya Janata Party and holds the position of Vice-president for Karanataka Pradesh. He has many a credits to his name in establishing co–operative banks for women in rural areas and co–operative credit societies in urban areas.

His visionary and iconic leadership has catapulted the growth of K L E Society from 37 institutions in 1984 into an educational empire of 256 institutions today. The society has redesigned and redefined itself to meet the needs of the 21 st Century under his able guidance. Also, the society was able to take health care to the door steps of the people. He has also successfully initiated the formation of K L E University.

Here is what our chairman has to say –

Let us think of education as a means of developing our greatest ability, because in each of us, there is a private hope and dream which if fulfilled, can be translated into benefit for everyone and greater strength of our society and nation."

Nothing can surmount the feeling of satisfaction that I am getting while witnessing dreams being translated into reality. The dream to provide one of the best institutes of technology for rural youths is being realized with the development of C B Kore Polytechnic, Chikodi. year after year. The institute in a very short span of time has managed to carve a name in north Karnataka region. Each new session comes with its own sets of achievement. We have taken the onus to equip ourselves with the skills and tools required to survive in this world of fierce competition.

With great deal of pride and satisfaction I welcome the future generation of Engineers and Technologists to C B Kore Polytechnic, Chikodi. and assure you that the institute will provide you the apt launching pad to fly high motivated by great leadership and inspiring faculty members.

We believe that education empowers the individual and benefits the entire community. We have a vision of high quality lifelong learning, accessible to all.

We will put the learner at the heart of everything we do, raise expectations and work together with mutual respect for Education is our future.. 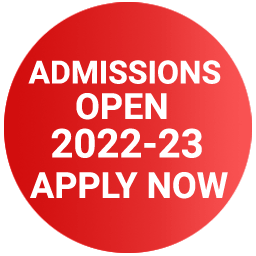 It is matter of pride that our Mechanical Dept. student Mr.Srujan Patil has scored 1297 marks out of 1375 in Diploma final year exams and Scored 152 marks out of 180 and secured 4th Rank to entire State in Diploma CET-2021. Heartiest Congratulations from Hon.Chairman Dr.Prabhakar Koreji, Management, Principal & Staff